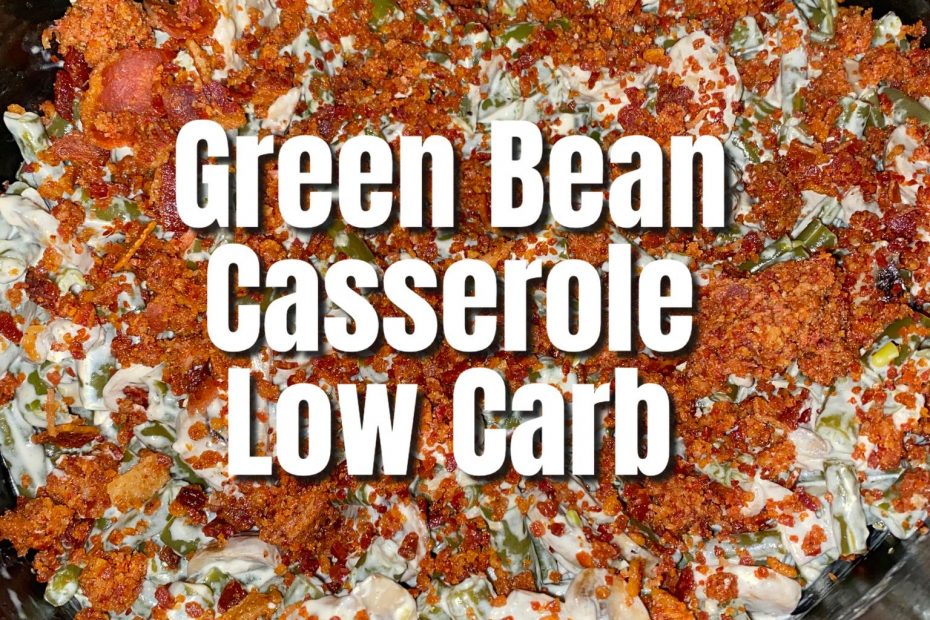 I love Green Bean Casserole and the traditional way its made but why not make it better? I wanted something that grabs peoples attention with the different yet the same taste. Containing no canned ingredients, Green Bean Casserole is as fresh as you can get.
Still having that creamy mushroom deliciousness but topped with bacon instead of French fried onions. Creating a completely different flavor. A flavor you just can’t not rave over. Below is a light step-by-step, including pictures and finally the entire recipe at the bottom.

Do I Have To Use Fresh Green Beans?

The answer to the question you are probably wondering, you do not need to use fresh beans. However, this recipe is created for fresh raw green beans but could be substituted with frozen steamed green beans.
The key to fresh green beans is to steam them for a while. The longer the better, so they lose that crunch and are soft.

How Do I Make The Green Beans & Sauce?

Staying on the bean subject, you want to steam your green beans. I have a steamer pot that works really great but I think you could also boil them. Boil or steam them for 30 minutes to an hour, checking every so often. Checking to make sure they are nice and tender.

During the beans steaming/boiling, sauté your mushrooms on medium until almost golden brown. Add your onions to the same pan and sautéing until almost see through. After the mushrooms and onions are cooked, mix in your chicken broth, heavy whipping cream and cream cheese. Stirring every 30 seconds to ensure the cream cheese melts and the sauce doesn’t burn. Turning down the heat to a low medium, allowing the sauce to thicken. Once thickened to your liking, mix in your steamed green beans. Sprinkle your salt and pepper to taste and stir into the casserole.

If you aren’t using an oven safe pan, transfer the casserole into an oven safe pan. Cook in the oven for 10 minutes to allow the sauce to thicken just it’s final bit. Remove from oven and get ready for the topping.

Using your favorite bacon cooking pan, fry your bacon to the perfect crispiness. This step is important. Remove from pan and allow to cool on a plate. Once cooled, using a blender or magic bullet, blend the bacon into crumbs. If you don’t have either device, finely chop the bacon up.

Remove the pan from the oven and sprinkle the bacon crumbles on the top of the green beans. If you are bringing this to your get together in a crockpot, save the bacon until you’re ready to serve. Saving the bacon from getting soggy.

I have made my Green Bean Casserole like this a couple of times and every time I do it’s raved about. Like I said earlier, its different from the traditional casserole but delicious in its own way. The bacon on top really does top it off. Absolute perfect dish for your family Thanksgiving or your up and coming Christmas dinners.

Below is the full recipe, including measurements. I do appreciate the shares and shout-outs. Let me know if you try this recipe and if you love it as much as I do. 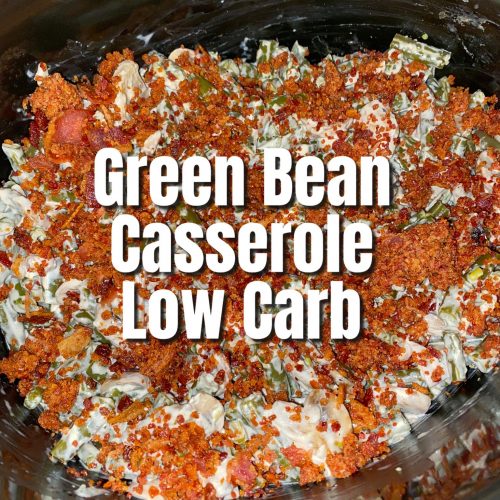